The world is in shock and mourning the loss of a legendary athlete. Edson Arantes do Nascimento, more commonly known as Pele, recently passed away due to complications of colon cancer.

Pele was a Brazilian soccer icon and three-time World Cup winner, playing in five World Cups and setting multiple records. He was an inspiration to generations of soccer fans around the world.

The fact that colon cancer took him away in just over a year highlights how dangerous, and aggressive the disease can be.

In this post, we’ll discuss how colon cancer caused multi-organ failure in Pele and how it can be prevented. We hope Pele’s story (and that of Chadwick Boseman’s battle with colon cancer) will serve as a reminder to everyone that timely diagnosis and treatment are key when it comes to fighting cancer.

What disease did Pele have? 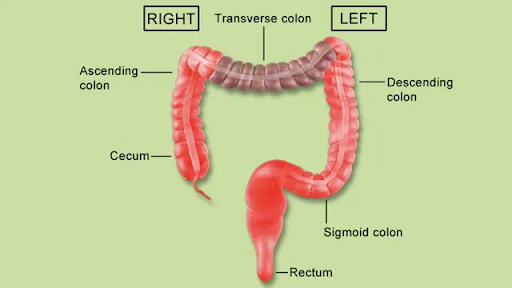 The left side of the colon has a smaller diameter than the right side. This means when left-sided colon cancer develops, patients experience a narrowing of the stool and changes in the frequency and consistency of bowel movements.

On the other hand, right-sided colon cancer often causes iron-deficiency anemia and black-colored stools due to bleeding.

But it does not affect bowel movements in the same way as left-sided colon cancer. That’s because the right side of the colon is much wider and does not become as easily blocked due to a tumor.

In fact, right-sided colon cancer can be asymptomatic for a long time, meaning it does not show any signs or symptoms until it is advanced. This can make it difficult to diagnose early, so Pele’s cancer was probably detected at an advanced stage.

What are the stages of colon cancer?

There are 5 main stages of colon cancer, and it’s important to know how cancer causes multi-organ failure in Pele.

Here is how colon cancer is staged:

Importantly, the survival rate for colon cancer patients is directly linked to the stage at which it is diagnosed.

For example, 90% of patients with localized disease survive for 5 years after diagnosis. On the other hand, only 14% with stage IV colon cancer are alive at 5 years after cancer detection.

So the earlier this cancer is caught, the better the chances for successful treatment and survival.

How did colon cancer lead to multi-organ failure in Pele?

There are two possible ways colon cancer could have caused multi-organ failure in Pele. One is the direct involvement of distant organs, such as in stage IV colon cancer. And the other is the side effects of the drugs used to treat the condition.

When colon cancer becomes advanced, it usually spreads to the liver first. When this happens, the liver cannot effectively break down and remove toxins from the body. This can lead to a wide range of complications affecting multiple organs, such as:

Keep in mind that these are complications of colon cancer as a result of liver involvement. Colon cancer can also spread to other organs, such as the lungs and brain. This would obviously lead to further organ failure problems.

In 2021, Pele had surgery to remove his colon cancer. Following that, he was started on chemotherapy, which is a combination of drugs that kills any remaining cancer cells but can also cause side effects.

As you can see, all of these drugs can cause serious side effects that lead to multi-organ failure.

In the case of Pele, a combination of direct organ involvement and treatment-related side effects likely caused the multi-organ failure.

Keep in mind that not every patient who takes these drugs will experience serious side effects. In fact, doctors monitor patients undergoing chemotherapy very closely to ensure any side effects are caught early and treated promptly.  Without treatment, cancer can spread further and decrease the chance of survival. Also, not every patient with colon cancer will need chemotherapy.

It’s also important to note that not all patients with colon cancer will experience multi-organ failure. If detected early, the chances of successful treatment and survival are much higher. This is why it’s so important to detect colon cancer in its early stages.

How to detect colon cancer in its early stages?

Determining your risk of colon cancer and undergoing an appropriate screening test is key to detecting the condition early.

There are two risk categories for colon cancer — average risk (which includes the general population) and high-risk patients.

People with an average risk of colon cancer are those with the following:

In these people, experts recommend screening for colon cancer through a complete colonoscopy every 5 – 10 years once a person crosses 45 years of age.

This should be continued until 75 years of age, after which it can be discontinued depending on the overall health of the patient. 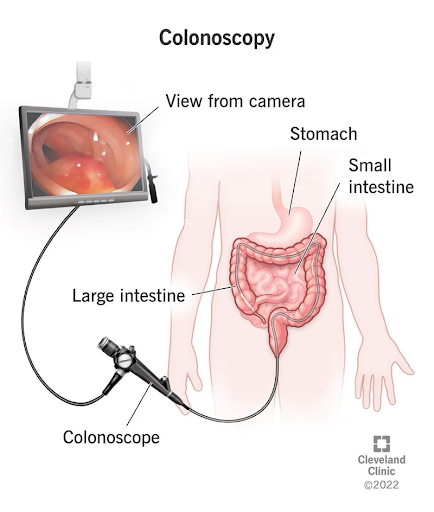 On the other hand, high-risk patients with established risk factors for colon cancer — such as those with a family history of colon cancer or IBD — should start screening at an earlier age and undergo a colonoscopy more frequently.

Remember, colon cancer is a treatable condition in its early stages. Identifying your risk status, taking adequate preventive measures, being aware of the signs and symptoms, and undergoing regular screenings are all key to catching the condition early.

If you or someone you know has symptoms of colon cancer, speak to a healthcare provider as soon as possible.

If you still have any questions or concerns, don’t hesitate to contact us for further advice. We’re here to help.