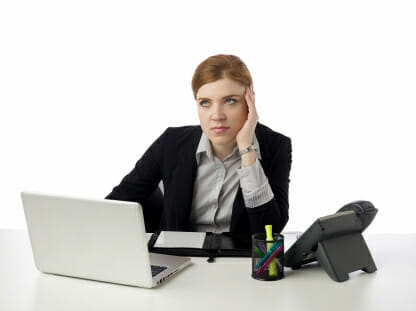 If you live in any large city such as Los Angeles or Beverly Hills, you know that colorectal cancers begin as polyps, and that screening for colon and rectal polyps, and removing these polyps, has become instrumental in lowering the incidence of colon and rectal cancer.  Polyps are overgrowths of the lining of the colon and rectum.  In their earliest stages, polyps are benign (non-malignant).  As they grow, they may become dysplastic, or pre-malignant.  At some point, these polyps may turn into a cancer and require treatment.  Colonoscopy, performed by one of the  colon and rectal surgeons of Los Angeles Colon and Rectal Surgical Associates,  will allow for detection and removal of the polyps before they can cause a problem.   A colon and rectal surgeon is also known as a proctologist.

As the saying goes “An ounce of prevention is worth a pound of cure”.  Or, put another way, a timely and regular check of your colon and rectum with a colonoscopy (or other tests) may save you from having to have an operation later.   A proctologist  can give you that proverbial “Ounce of prevention”.

Are there people who are at risk for developing colorectal cancer?  Is there a genetic component to this disease?  Polyps seem to run in families.  Is the development of polyps genetic?

Is It In My Genes?

While most colon cancers are considered to be sporadic, meaning they occur out of nowhere due to some type of mutation in a gene,  approximately 5% of colorectal cancers are known to be genetic in origin.  The actual percentage is probably higher.  But we can trace 5% of these tumors to a genetic origin.

Genes control every process in our body, including cell growth and cell death.  Genes manufacture proteins, the working machinery of our bodies.  When a gene goes astray, or mutates, the protein product is either not manufactured, or is manufactured incorrectly, leading to faulty cell growth and, sometimes polyps and cancer development.

There are many known genetic diseases involved in colon cancer.  However, two of them, Familial Adenomatous Polyposis (FAP), and Hereditary Nonpolyposis Colorectal Cancer (HNPCC) are the two most well known and understood of this family of diseases.

HNPCC. This One Is Genetic.

HNPCC is the result of a mutation of one or more genes which are responsible for making proteins to repair genes that have been damaged during cell growth and division.  It is thought that when the HNPCC genes are damaged, DNA, the cellular brains of our growth, cannot repair itself, leading to the development of abnormal growths in the colon or rectum.  In this case, it is quite possible that a colorectal cancer may develop without beginning as a polyp.

FAP. This Too Is Genetic.

FAP is an abnormality of the APC gene.  For some reason, an abnormal APC gene allows the colon lining growth machinery to switch on, thus promoting the growth of hundreds or thousands of polyps, any one of which may become cancerous.

In both FAP and HNPCC, a colon operation is necessary to cure the disease.

Both of these diseases can be discovered by talking with your Colon and Rectal Surgeon at Los Angeles Colon and Rectal Surgical Associates in Los Angeles or Beverly Hills.  Your evaluation may  yield a clue as to your risk of having an abnormal gene.  Blood tests may confirm this.  If you do have an abnormal gene, an early and regular colonoscopy screening will be recommended.