A New Trick For an Old Problem. 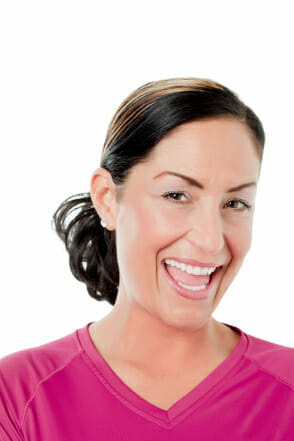 Hemorrhoids. The bane of modern life in the western world. Arguments abound as to the inciting etiologies of symptomatic hemorrhoidal disease. However, a clear cut cause has not yet been found for these nasty little anal cushions. Not all pregnant woman experience acute hemorrhoidal episodes; in fact, most pregnancies proceed without difficulty. Nor do all inactive people who eat a low fiber western-type diet, who are overweight and who spend far too much bathroom time playing Words with Friends experience hemorrhoidal flare-ups. In fact, the prevalence of a hemorrhoidal crisis in the entire adult population of the United States is quite low. But when the symptoms strike, look out below.

For years, colorectal surgeons and industry titans have searched for a painless cure for hemorrhoids. Traditional hemorrhoidectomy, while curative, can be a painful experience. Various non-surgical treatments are available, but these are not curative. Topical preparations, hemorrhoidal sclerotherapy, rubber band ligation, infrared coagulation and stool softeners all have their places in the treatment armamentarium. Yet, none is curative.

A great step forward in this hemorrhoidal battle was the development of the Procedure for Prolapse and Hemorrhoids (PPH). It is an excellent treatment option and is highly successful in curing hemorrhoidal disease. It is commonly used when operative treatment is necessary. But it may be associated with discomfort and occasional failure or recurrences.

THE NEW KID ON THE BLOCK

A relatively new, tested and improving technology is making steady gains in the realm of operative interventions. It is transanal hemorrhoidal dearterialization (THD). It is considered to be a part of the “minimally invasive” family of surgical interventions. In order to understand the procedure, a brief anatomy and pathophysiology lesson is helpful.

Not uncommonly, external hemorrhoids may develop blood clots and become painfully thrombosed. These conditions often bring patients to physicians, and then to the operating room.

An understanding of the anatomy has led to the conclusion that hemorrhoidal disease is a two-part problem. The first part of the pathology is an enlargement of the sinusoidal complex, which may be due to an increased arterial inflow, an enlarged venous outflow, or both. The second part of the problem results from a loosening of the connective tissue surrounding and supporting the hemorrhoids. This is the prolapse portion of the problem.

Definitive treatments have been devised to address both parts of the pathophysiology. An operative hemorrhoidectomy simply removes all of the abnormal, symptomatic tissue. A PPH stapled procedure seeks to both remove the bulk of the prolapsed tissue while returning the normal cushions to their normal location. This is a hemorrhoidopexy.

There is a slightly different science behind transanal hemorrhoidal dearterialization. Like PPH, a hemorrhoidopexy is performed. However, this is preceded by an arterial ligation rather than by tissue excision as with the PPH.

HOW IS THD PERFORMED?

As an outpatient, with the patient sedated and using a pudendal block, an anoscope fitted with a light and a Doppler ultrasound probe is inserted into the rectum. There are usually six areas of arterial inflow that can be identified by listening for the “whoosh” of systolic blood flow into each artery. When identified, the arterial inflow is precisely ligated with an apical stitch, thus dearterializing the hemorrhoidal complex. The same suture is then used as a continuous stitch along the hemorrhoidal complex, stopping no closer than 5mm proximal to the dentate line (Figure 2). The suture is then tied to the apical dearterialization stitch above, which effectively elevates the tissue back into its normal anatomic position (figure 3). This is the hemorrhoidopexy. As pain fibers usually begin at the dentate line, it is thought that THD is associated with less postoperative pain because the dentate line is not involved with tissue excision or suturing.

Does THD work? Does it cure disease in a painless manner? One study looked at the surgical treatment of grade II and III hemorrhoids. The mean operative time was 34 minutes. Postoperatively, 72% of patients did not need analgesics and the other 28% used nonsteroidal anti-inflammatory drugs for less than 2 days. Overall, 85% of patients were cured and 7% improved. Residual hemorrhoids were treated by band ligation in 8% of patients and by surgical excision in 4%. Other studies have demonstrated similar results. These were not randomized controlled trials however.

In head to head studies comparing PPH and THD, THD was found to be as effective as PPH in alleviating disease. Pain scores for THD were found to be the same or better than those found in PPH. In patients with hemorrhoidal bleeding, control was achieved in 94%. Prolapse was controlled in 89% and hemorrhoidal recurrence was reduced to 4%, all equivalent to patients treated with PPH. Importantly, the THD treatment modality is consistent and reproducible.

ONE SIZE DOES NOT FIT ALL

In any treatment protocol, individualization is important and there is not a “one size fits all” approach in the treatment of hemorrhoids. The experience of the colorectal surgeon is probably more important than the actual technique used in treating symptomatic hemorrhoidal disease. However, THD expands our armamentarium in the cure of a pesky and oftentimes vexing problem.