The Role of Hemorrhoids In Our National Pastime

“…patients presenting with rectal bleeding and hemorrhoids may also harbor an occult malignancy.” 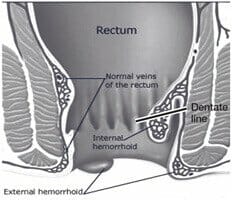 Hemorrhoidal disease is a considerable source of morbidity, affecting twenty million adults per year. Symptoms can be debilitating and costly when measured in time away from productive activities. In 1980, during game two of the World Series between the Kansas City Royals and the Philadelphia Phillies, George Brett was forced to leave the game in the sixth inning due to hemorrhoidal symptoms. After a minor surgical procedure, he returned for game three and hit a first inning home run blast in the Royals 4 to 3 win. He quipped “…my problems are all behind me…” The Royals lost the series and Brett underwent a hemorrhoidectomy in the off season.

Hemorrhoids occur equally in men and women, and show no predilection for affecting a particular race, ethnic group, religious affiliation or socioeconomic group. Democrats, Repub-licans and Independents are equally afflicted. 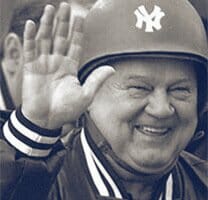 A Lump. An Itch. A Hemorrhoid?

With chronic disease and inflammation of the overlying mucosa, other symptoms appear, including chronic pain, bleeding during or between bowel movements, prolapse, or itching, as seen in the now famous television commercial starring Don Zimmer, the bench coach of the 2002 New York Yankees (figure 2). He tried politely and discreetly to resolve his hemorrhoidal itching during a baseball game, by using the hard surface of a dugout bench. 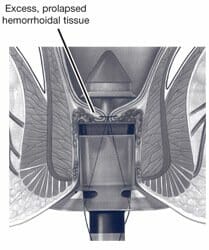 With the diagnosis in hand, a treatment program can be started. A diet high in insoluble fiber or stool softeners is begun if necessary. Antidiarrheal agents may be used, and various creams can be applied, such as topical 2.5% hydrocortisone cream. Suppositories are rarely needed. Prolonged sitting on the toilet is to be discouraged. Pregnant women are encouraged to lie on the left side, allowing the enlarged uterine dome to rotate off of the vena cava, thus promoting improved pelvic venous drainage. Many people enjoy reading while having a bowel movement and this prolonged sitting and straining is to be discouraged.

Other forms of therapy include internal hemorrhoidal banding. This facilitates hemorrhoidal necrosis and sloughing, and is an effective mode of therapy. Infrared coagulation may be used. Simple ligation is an alternative treatment option but may be associated with discomfort during the procedure.

It is important to note that hemorrhoidal prolapse usually will not respond to local measures, and commonly requires operative treatment.

Should nonoperative measures fail to ameliorate the symptoms, operative therapy should be considered. Often, patients will advise physicians that a more definitive treatment or cure is needed and will inquire as to the options.

At this stage of the disease, operative therapy is the traditional treatment modality, especially with grade III or IV disease. However, any grade may require aggressive treatment.

The goal of treatment is to remove the offending tissue. Although once the primary mode of treatment, traditional operative hemorrhoidectomy is less often used today as it has been supplanted by other techniques. Hemorrhoidectomy is performed in an operating room with either general, regional or local anesthesia. Under direct vision each hemorrhoidal complex is removed and the mucosa is reapproximated. Recovery time can be lengthy due to intense postoperative pain. Surgical hemorrhoidectomy may be the procedure of choice for grade IV necrotic hemorrhoids, or may be used by those surgeons untrained in newer techniques. 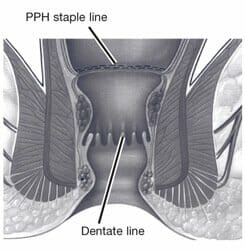 Hemorrhoidal disease is best addressed by practitioners versed in all aspects of the diagnosis and treatment. Most commonly, symptomatic therapy will suffice. However, in advanced stage disease more radical therapy is necessary and this therapy must be tailored to the stage of the disease. It is at this step that the experienced clinician may do the greatest good for an uncomfortable, embarrassing and potentially debilitating disease.