OLD AGE IS NOT FOR THE FAINT OF HEART. 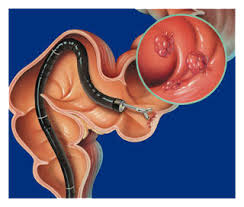 There are different techniques to screen a colon for disease.  Most of us are well aware of colonoscopy, barium enema, virtual colonoscopy and flexible sigmoidoscopy combined with fecal occult stool sampling, as screening techniques.  There are other techniques as well.  These techniques are non-screening techniques and are used by patients.  One technique is the “I feel fine and don’t need anything done.”  Another is the “I do not have a family history of polyps” technique.  Finally, there is the old “I am too old” technique.  It is this last technique that brings the busy physician to a standstill.  A doctor-patient discussion then follows.  The discussion is driven by lack of meaningful data, an overabundance of confusing data, personal belief and whimsy.  It usually ends with a presentation of both sides of the coin and the advice that the patient should make the final decision.  In effect, the roll of the dice often is performed by the patient, not the physician.

It is thoroughly accepted that colorectal screening saves lives.  The rate of screening has risen from 29% in 2000 to 54% in 2010, The prevalence of colorectal cancer has decreased during this same period.  Screening includes polyp removal when necessary.  Removing polyps saves lives.

Current recommendations for colon evaluation suggest that, without confounding variables, patients should undergo some type of screening beginning at age 50.  In certain situations, such as in patients with an unusual family history of colonic disease, or in patients with Hereditary Nonpolyposis Colorectal Cancer (HNPCC) or Familial Adenomatous Polyposis (FAP), or in other inherited disorders, screening should begin earlier.  Screening may begin as early as the teenage years.

How old is “too old” for colon screening?

Anecdotal data examining the value of colorectal screening in the over age 75 population does exist.  The data is not particularly compelling.  But the studies that have looked at the age issue have tried to extrapolate conclusions from the data in order to provide some type of direction for physicians and patients.  The conclusions have been inconsistent.

Too Old To CONTINUE?

Studies have shown that the chances of finding pre-malignant polyps in previously screened patients over the age of 75, are low.  After taking into account these observed findings in screened patients over age 75, and combining these findings with the potential morbidity of screening procedures (especially colonoscopy), and the costs to the patient and society, several researches concluded that there was (is) very little patient benefit, and extremely little societal benefit to screening this older population.

Too Young TO STOP?

Other researchers have looked at similar patient populations and asked the question in a different fashion.  How many polyps or lesions would have been missed had doctors not screened the older population?  With the question turned on its head, researchers concluded that the personal and societal costs, when adjusted for morbidity, would have been high, had older age patients not been screened.

What is a clinician to do?  What is to be recommended to our older patient population?

There is a previously unstudied group of patients that might yield some information:  Those patients over the age of 75, who have never been screened.  What can we learn from this group?

Researchers on both sides, agree that in patients who are 75 and older, and who have undergone colorectal screening, the odds are favorable that they will not develop problems for at least 10 years, which would bring them to the average survival age of 85 (or 86.6 to be precise).  No further screening would be necessary after age 86.

However, researchers developed a computer model for what an over age 75 and never-before-screened cohort might look like by age 86.  Ten million unscreened patients between the ages of 75 and 90 were modeled using the colon micro-simulation model.  Observational and experimental studies were then used to model the findings in this older aged group.  Groups were stratified by comorbidities: none, moderate and severe.  Patients were considered to be at average risk for colorectal cancer.  The groups were not further broken down by gender, race or risk, such as inherited disease.

Although the benefits of colorectal screening decreased with advancing age, the greatest benefit was in those previously unscreened patients with no comorbidities.  The cost-effectiveness of general screening remained viable to age 86 and colonoscopy was felt to be warranted to age 83.

In the group with moderate comorbidities, colorectal cancer screening was felt to be warranted until age 83, with colonoscopies indicated until age 80.

A final conclusion held that in patients in their late eighties and early nineties, death was usually due to other causes and the risks associated with screening and possible subsequent treatment, outweighed the benefits.  This agreed with generally accepted recommendations in the United States.

Interestingly, the model seemed to predict that in previously unscreened patients over the age of 76, there was a 10 fold increased prevalence of colorectal polyps and a 3 fold increase in colorectal cancers compared with patients who had negative screening colonoscopies at ages 50, 60 and 70.  In the screened group, colorectal adenomas and cancers were found in 0.3% and 14.1% respectively.  In the unscreened group, those number rose to 2.6% and 44.9% respectively; It was felt that screening should obviously begin as close to age 75 as possible in those patients who had never before been screened.

As of now, the U.S. Preventative Task Force Recommendations are valuable guides for the active clinician.

Researchers may add the following to these guidelines:

THE DOCTOR AND PATIENT.  ROLL THE DICE TOGETHER.

As always, a personalized approach to each patient must be developed.  An open discussion about the data, the risks and the benefits will allow both the doctor and the patient to make an informed decision as to how to proceed with colorectal screening in the elderly population (insert your own age here).