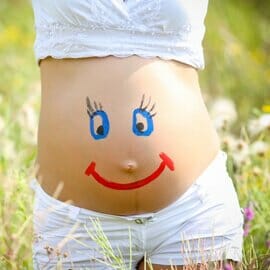 In Los Angeles, hemorrhoids are a common problem among pregnant women. Unfortunately, treatment options for pregnant women aren’t the same as they are for the rest of the population. Hemorrhoids can develop at any stage of pregnancy, though they are most common during the third trimester, and can often even develop during the course of labor.

Many women find relief from hemorrhoids after giving birth. At this point traditional treatment options become available to you again, and the reduction of pressure on your bowel reduces your risk for developing more of the swollen, twisted veins.

Natural Remedies for Hemorrhoids during Pregnancy

In Los Angeles, PPH or the procedure for prolapse and hemorrhoids is one of the most effective form of treatments for hemorrhoids. However, PPH isn’t generally a treatment option during the course of pregnancy. Instead, women are encouraged to wait until after labor to have their hemorrhoids officially removed. As you are waiting for your medical treatment or hemorrhoid removal surgery there are a number of natural remedies that are perfectly okay to try while pregnant.

While these natural remedies aren’t as effective as treatment options like PPH, they can help by reducing the amount of discomfort you are experiencing. Before trying any of the below remedies, talk to your doctor to make sure they are okay for you. This is especially important during pregnancy.

Here are a few of the leading forms of natural remedies for hemorrhoids:

For many women hemorrhoids go away on their own following pregnancy, but this isn’t true in all cases. Talk with your doctor about your specific situation with hemorrhoids to learn more about your treatment options.