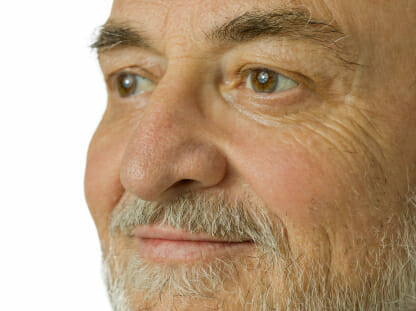 Much has been written about colon and rectal polyps.  Most of us know that polyps may be precursors to colon or rectal cancer.  We also know that removing polyps before they begin to transform into a problem, is life saving.  Katie Couric famously showed us how this prevention is accomplished, by undergoing a colonoscopy.  This in turn has lead to an increase in awareness of colon cancer and the need for regular colonoscopic screening.  This is the so-called Couric effect.  An ounce of prevention is worth a pound of cure.  Just ask the proctologist.

Colonoscopy is but one of the several screening tools available to proctologists, also known as colon and rectal surgeons.  Other screening procedures are barium enema and virtual colonoscopy.  Both are relatively accurate, but both suffer from two drawbacks.  Both involve relatively high levels of radiation and both are unable to remove polyps or perform colon biopsies if necessary.  Colonoscopy is presently considered to be the gold standard in polyp detection.

What Are Polyps And Why Are They Potentially Ominous?

Polyps are nothing more than overgrowths of the colon or rectal lining.  They may be large or small, flat or raised, sessile (widely attached to the colon lining) or pedunculated (attached by a pedicle or stalk).  They may be symptomatic and cause bleeding, or they may cause no symptoms whatsoever.  And these “silent”polyps are the worrisome polyps, unless you get regular colonoscopy check ups beginning at age 50 or earlier.

When viewed under a microscope, polyps are described as hyperplastic or adenomatous.  We do not usually worry about the hyperplastic polyps as they rarely cause problems and rarely undergo malignant change.  It is the adenomatous polyps that are cause for concern in Los Angeles, Beverly Hills, Culver City and indeed in all cities of the world.  Adenomatous polyps are composed of an excess of glandular tissue.  While the colon normally has glandular tissue, polyps represent an overgrowth of this tissue.  If the polyp stopped growing at this glandular stage, there would be no problem.  However, whether through genetic control or environmental control, the adenomatous polyps can begin to enlarge and transform into a full blown colon or rectal cancer.  At this point, an operation becomes necessary to remove the cancer and the affected piece of colon, along with the surrounding lymph nodes which may be sites of spread.  If caught early enough, the damage is contained and the disease is cured.  Chemotherapy might be necessary if the tumor is thick or if the disease has spread to the lymph nodes.  Radiation is often used to adjunctively treat rectal tumors.

The Couric effect has been beneficial in increasing the screening rate for colon polyps and in gradually lowering the colorectal cancer rate.  But, you must get screened.  You must take the first step.

The surgeons at Los Angeles Colon and Rectal Surgical Associates are experts in treating all types of diseases of the colon, rectum and anus.  Call for an appointment as soon as possible so that you can rest assured that your colon and rectum are free of premalignant polyps.  Get a colonoscopy as soon as possible. (310)273-2310