This article is not an advertisement nor promotion for The Squatty Potty™.  Instead, we examine the claims made by the video embedded above and educate our readers about the medical details discussed in the video above.  Give it a watch if you haven’t already and read the article below to learn more!

The Puborectalis.  A small muscle with a big job.   Watching a Unicorn defecate.

You’ve probably seen it. The Squatty Potty™ advertisements have made the rounds on social media.  Who can turn away from the video of a unicorn defecating a perfect cone of swirled rainbow ice cream?

To say that the marketing campaign is unorthodox would be an understatement. But it may come as a surprise to you that this product is based on real science. While this certainly isn’t an advertisement for the product, there is some truth to the company’s claims.   Much of the physiology and science centers around a small pelvic muscle, the puborectalis; so named because the puborectalis muscle begins in the front of the pelvis at the pubis (hence “pubo”) and wraps around the rectum (“rectalis”) in the back.  The puborectalis.

Of course, most of us don’t need advice about how to have a bowel movement. What goes in will come out. If we have any concern at all, it is usually caused by an expectation that we should have a bowel movement every day. Lose this unnecessary expectation, and see what happens naturally. If you’re still considering purchasing a  Squatty Potty™, read on to learn more.

How have modern toilets changed the way we defecate?

Modern flush toilets did not become popular until the 1850s, and were not found in the most rural areas for another hundred years afterward. For decades before that, people relied on chamber pots and outhouses with seats.  Or, commonly, people simply squatted into a pre-dug hole.

No one is really sure why it became popular to sit while having a bowel movement, but if you look back far enough back in time, you will find that the natural instinct in our forefathers was to squat when defecating. That is the normal, physiological way to have a bowel movement.

When was the last time you squatted to have a bowel movement?  Probably before you were potty trained. Watch toddlers, and you will see that they follow this natural instinct before being taught to use a toilet. Modern toilets eliminate squatting, and put your rectum in a pinch. Literally.

How does sitting to defecate affect the human anatomy?

It’s not uncommon to refer to the puborectalis muscle as a sling, and this greatly helps many laypeople understand how the muscle works, and how it contributes to both continence and  defecation. This puborectalis muscle loops around the rectum, acting much like a sling. 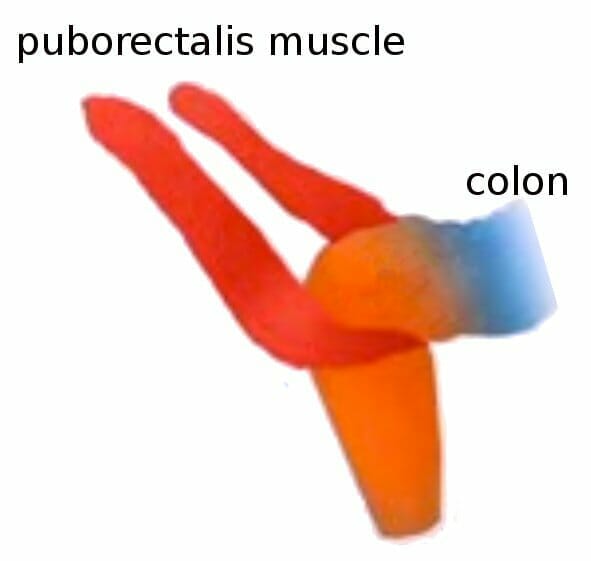 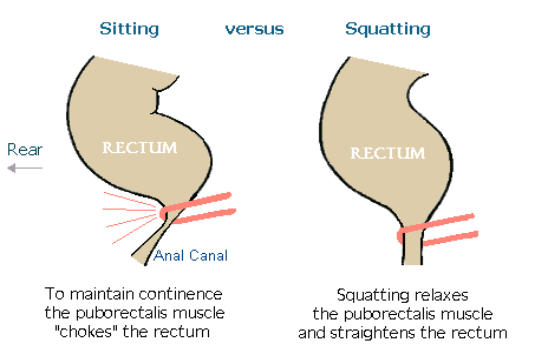 How does the Squatty Potty work?

There is no doubt that the Squatty Potty™  helps you orient your body more into a better physiologic position to have a bowel movement. This stool elevates your feet between seven and nine inches from the floor, effectively putting your body into a squatting position. In this position, your puborectalis muscle relaxes allowing you to defecate more easily. 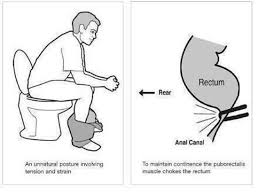 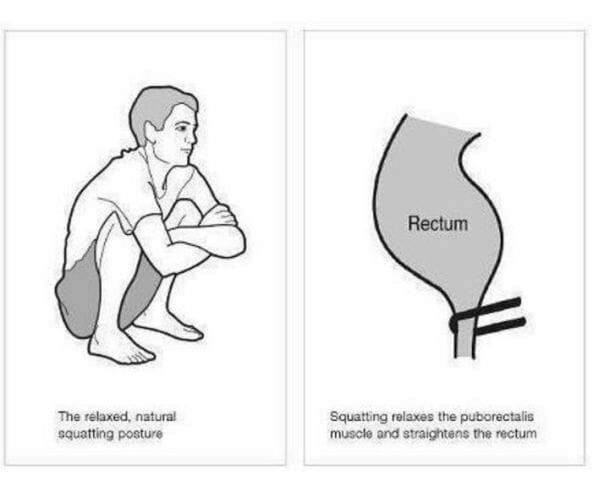 We are not endorsing this product, but it is effective in helping you get achieve a physiologically correct position to defecate. With a  stool and a traditional toilet, you will be much higher off of the ground than your forefathers were, but you will be in the same squatting position.

Do I need this product?

For most of us, there is no reason to invest in a Squatty Potty™. Any inexpensive footstool will work the same way, and you’ve made it this long without any footstool at all. It certainly won’t hurt anything to use a footstool, but managing your expectations about how often you should be having a bowel movement is usually more effective at calming your worries about your elimination habits.

If you do not have a daily bowel movement, that’s OK. Just leave yourself alone, and see what happens naturally. What goes in will come out. If you aren’t comfortable with the frequency of your bowel movements, or, if you experience occasional difficulty having b.m.’s, adding fiber from fresh fruits and vegetables to your diet will be more effective than using a footstool. The bottom line is to simply have patience.  Do not become a patient.