YES! SOMEONE MUST BE ABLE TO PRESS THE EMERGENCY STOP BUTTON ON THE ROBOT.

The following is:
A. An editorial
B. Science fiction
C. Crazy
D. All of the above

When asked about the source of inspiration for his science fiction, Ray Bradbury responded that his stories were his fantasies about our future. His genius was in how he combined those fantasies with the written word and placed them on paper. Is what follows a fantasy? Time will tell.

THE FUTURE NEVER ARRIVES. IT IS ALWAYS PRESENT.

And now, everywhere you look, there are articles about the use of robots in surgery. Authors seem to either love the robots or hate the robots. Authors scream that the surgical robot is a great addition to our armamentarium. Others decry the robot as adding very little to our native abilities. On one side, the robot helps dissect in a narrow pelvis. On the other side the robot is not superior to our own eyes, hands and brains in the narrow pelvis. Other authors trumpet that the robot is better than Swiss cheese. Or, for the skeptical authors who want to at least say something in print, the mantra becomes that the robot is not inferior to laparoscopic or open procedures. Not inferior. It is almost as if the term “not inferior” was invented by robotic researchers because they could not demonstrate superiority. What is fairly well settled is that in trained hands, robotic technology has not proven more dangerous than laparoscopic or open surgery, and that overall, the results of robotic surgery are at least equal to those seen with laparoscopic surgery. 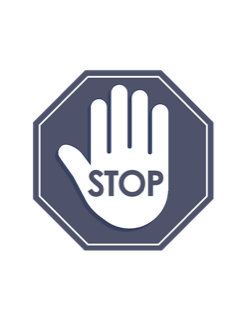 The robot is no longer a visitor to the operating suite. It is now an expensive family member with its own room.

For those who have never stepped foot in an OR, it is important to understand that today’s surgical robot is nothing more than a fancy extension of the surgeon’s hands. The robot does not move on its own and it cannot think. Yet.

For now, the surgical robot is no more than a pile of metal and synthetics, combined with a few billion lines of code and a power cord that plugs into the wall. (Oh yes. Don’t forget to add several humans scurrying around the room looking for instruments, and interested visitors and spectators. For good measure, throw in an assistant surgeon, occasionally swapping instruments or looking otherwise uninvolved). For its part, the robot does much of the mechanical work, moving smoothly into hard-to-reach areas. No tremors. No second thoughts. The second thoughts exist only in the mind of the surgeon sitting in the corner of the operating room, shoes off, working at the robot console.

NOW, TAKE OFF YOUR SHOES AND DIP A TOE INTO SCI-FI.

For a second, stick your toe into the sci-fi surgical waters and imagine how you would create a better robot.

There are two nifty features that each robotic console currently utilizes. The first is called Tile Pro®. Looking into the console at the 3-D image of the surgical field, Tile Pro® allows the superimposition of a real time ultrasound or CT image, such as the image of a colon tumor or an area of diverticulitis.

The second cool feature is the use of Indocyanine green. Indocyanine green (ICG) has been used in medicine since world War II. It is given intravenously and excreted through hepatic metabolism. One of its modern-day uses is in evaluation of blood flow to organs such as the small intestine or colon. Once injected, ICG is taken up by most tissues. When excited by a laser, the perfused area (such as a new anastomosis) fluoresces green. By extension, the lack of a green field indicates a possible inadequacy of perfusion, and the possibility of an anastomotic leak because of poor anastomotic perfusion. On the Intuitive robot, this ICG system is named Firefly™.

Combine the ultrasound or CT console view of the operative field with ICG and what do you get? An EMERGENCY STOP button. Huh? Yes, the console actually has one. It exists, but no one in the hospital has actually ever pushed that doomsday button. But it is there.

Surgeons spend a great deal of time in training thinking about the ureter and its course through the retroperitoneum. The seasoned surgeon doesn’t think about it so much. Rather, the ureter becomes something to be avoided when performing colon resections, especially on the left side, where the ureter comes very close to the site of resection. In diverticulitis, the ureter may be pulled into the inflamed area. Ureteral injury is never far from the surgical mind, the surgical hand or the robotic hand. Stents have been used to allow the surgeon to more easily feel the ureter when dissecting. But with the robot, there is no such feel. There is very little haptic feedback (haptic-relating to the sense of touch). The incidence of ureteral injury in open operations is low (0.3% to 1.5%), and increases in incidence in laparoscopic operations.

The ureter problem has been addressed by placing ICG into the lumen of the ureteral stent and capping the stent. When excited by laser light, the ureter fluoresces green, making its identification and course easy to see.

ICG also lights up the blood vessels such as the inferior mesenteric artery, which is commonly removed during colon resections. Lymph nodes tend to aggregate around this vessel, and the artery is removed so as to remove as many nodes as possible. This allows for better tumor staging based on the nodal status.

NOW, IMMERSE YOURSELF IN SCI-FI. 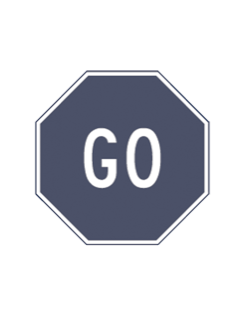 The technology now exists to image a tumor or area to be resected, the ureter and the vascular supply to the affected area. Put all of this technology into the robotic console and the surgeon now has all that is needed to easily visualize a safe and thorough dissection.

The only thing missing from surgical robotics is the term “automatic’. The robot cannot act independently. Yet.

What if ICG technology were to be combined with digital technology to allow the robot to “know” the location of the ureter, the blood vessels and the lesion to be resected? It is not a long stretch of the imagination to believe that robotic hands could be placed on “automatic” and the dissection could proceed in a programmed mode. All that the surgeon would need to do would be to have familiarity with the EMERGENCY STOP button in case something was to go wrong. ONE push of the EMERGENCY STOP and everything stops. The sole job of the surgeon in the OR would be to have a finger ready to hit the EMERGENCY STOP button. The robot will do everything else.

The leap is not too long, the canyon not too wide in imagining a bunch of Silicon Valley programmers sitting around writing code to give the robot artificial intelligence. How do we know this? How can we guess at this? If you combine human drive with American “can do” spirit, mix in some capitalism and desire, and you have just jumped across the science fiction Grand Canyon of today into tomorrow’s reality. If we can think of it, then it is a no-brainer that even smarter people have thought about it already and are quietly writing the code that will give us a true “thinking” robot; a robot that can both think and operate independent of the surgeon.

WHAT DO YOU WANT FIRST? THE GOOD NEWS OR THE BAD NEWS.

If you love operating, if you love all things surgical, there is good news and bad news.

The good news? Keep learning. Keep operating. Keep going. Autonomous robotic technology is not yet here. You still have your love; the love of surgery and of operating.

The bad news? The EMERGENCY STOP button. The button is already here and robotic autonomy may be coming to an operating room near you. Soon!

The answer is D. All of the above.

“The robot is no longer a visitor to the operating suite. It is
now an expensive family member with its own room.”